For 60 years now, the European Union has “held out its hand to countries outside its borders”, fully aware that “in an increasingly interconnected world, the prosperity of the whole world is connected with our prosperity.” With these words, Angelino Alfano – Italy’s Minister for Foreign Affairs and International Cooperation – opened the first session of the conference titled “Sixty years and more: contributing to development cooperation”, promoted by the Italian Agency for Development Cooperation on April 27th in the Ministry’s Farnesina complex, as part of the celebrations for the 60th Anniversary of the Treaty of Rome. The Director of AICS, Laura Frigeni, was the moderator for the conference’s afternoon session, whose title was “Working together: new partnerships, actors and tools”.

“The roots of European Development Cooperation go back to the Treaty of Rome, and today’s event is in tune with the vision of an EU that is proud of its own values. European cooperation offers the best example of how to combine the values of solidarity with international protagonism”, said Alfano. Cooperation is among the great achievements of these 60 years of Europe, even if “some people want to forget that”, added the Minister. “When one gives aid, one receives aid: this is a rule that has made Europe great, as the biggest donor in the world”, Alfano reminded his listeners, before explaining that the Africa Fund instituted at the end of last year “will be able to mobilise 200 million euros to control frontiers and also to take part in cooperation”, with “certain priority countries and many other beneficiaries.”

“We have already begun to use these resources. I’m referring to the agreement with Niger”, stated the head of Italy’s diplomacy, adding that another part “will be used for other countries that give us a hand on the issue of combating human traffickers.” “The important point is – underlined Alfano – that cooperation is a fundamental element of foreign policy.” Regarding Italy’s role, the head of the Farnesina reminded the participants of the reversed funding trend applied in recent years, rising from 0.14% of GNP in 2012 to 0.26% in 2016. “Italy is the fourth largest donor among the G7 nations, level with Canada. This is not a point of arrival, but of departure”, where the goal is to reach 0.3% by 2020, and to remain on course for the target of 0.7% indicated in the 2030 Agenda for Sustainable Development”. Alfano then underlined that the theme of development will be “one of the central platforms of our presidency of the G7”, with a particular focus on the Mediterranean and Africa. “Development in the Mediterranean and in Africa are our biggest challenge for the 21st century”, declared the Minister.

The European Commissioner for Cooperation and Development, Neven Mimica, was also present at the encounter. He reminded his listeners that the European Union is the largest contributor to development on a global level, but also aims to be the best. “Just one month ago, European leaders reaffirmed the unity of the EU and the value of the Rome Treaty, which laid the foundations for European Development Cooperation. Since then, all our member countries have been able to grow by developing relations with other countries. The EU today is one of the key actors on the world stage, and in 2016, along with its member states, it allocated over 75 billion euros in development aid.” One of the main characteristics of European Cooperation, said Mimica, is flexibility, an approach that is “necessary, in order to respond to the world’s interconnected and difficult challenges. Development Cooperation is not an isolated area, it is a fundamental part of the EU’s external action.”

The Ivory Coast’s Foreign Minister, Marcel Amon Tanoh, spoke about the relations between Africa and the European Union, describing the partnership between the two continents as “exemplary”, as a “global” relation including one framework of economic and commercial cooperation and another framework of development cooperation. “The new European consensus offers new prospects concerning financing for countries in the ACP area: Africa, Caribbean and Pacific. The Ivory Coast, for its part, is willing to collaborate in the implementation of the 2030 Agenda, within the framework of its 2016-2020 Development Programme.” On the subject of migration, Tanoh underlined the need to “work together on finding lasting and inclusive solutions for contrasting the traffic in human beings.” But the nations of migrant origin “must also take their responsibility, and the Ivory Coast is doing just that. We will do everything we can to ensure that nobody remains in refugee camps.”

Italian Vice-Minister Mario Giro, speaking for the world’s principal donor at the end of the day, emphasised that the European Union has to set itself “ambitious projects”. “Today’s world is crammed with challenges: migratory flux, environmental issues, democracy. Europe is asking these questions: the money we donate, how should it be donated, and with whom?”, said Giro, and then went on to highlight the changes in the world over the last 60 years, especially in the continent of Africa. “Africa has changed, like the world has changed. A more enterprising younger generation is growing up. So we have to update our ideas on Africa, to sharpen our vision and to ask our African partners to explain things to us. The urbanisation that we Europeans have got used to over various generations has now flooded other continents, revolutionising their lives in a very short time. To face up to all this – concluded Giro – we have to innovate to adapt ourselves to the changing challenges ahead.” 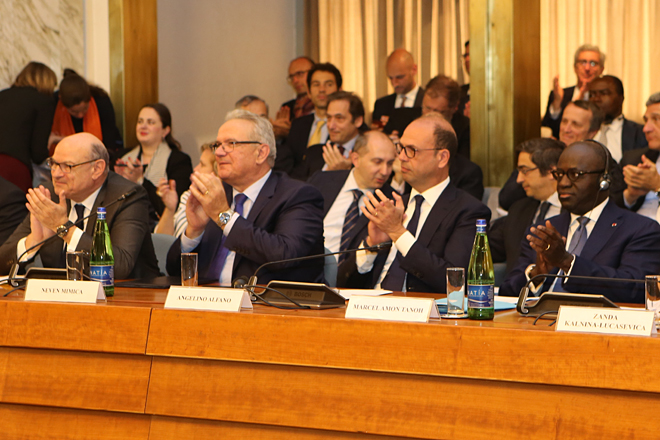 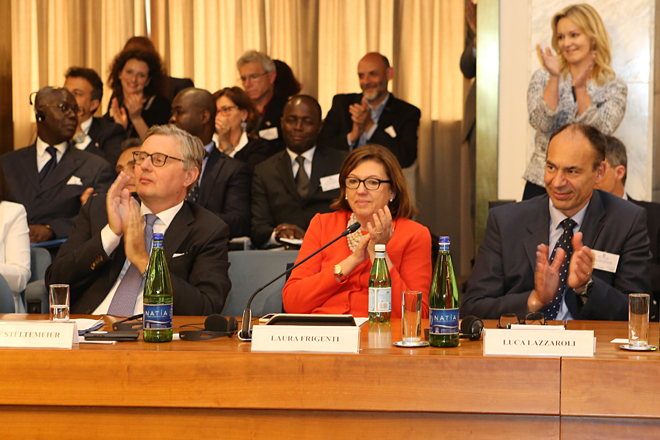 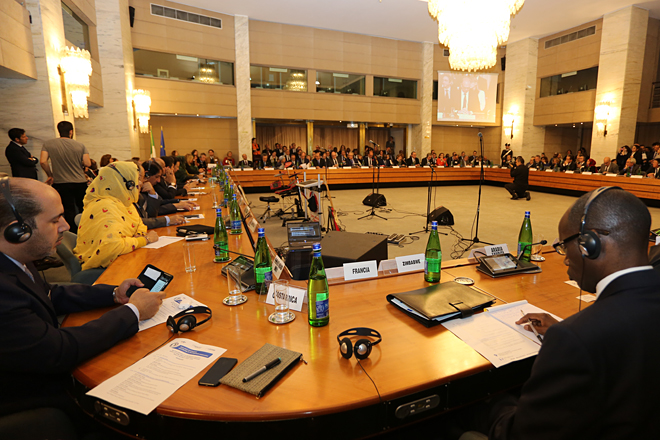 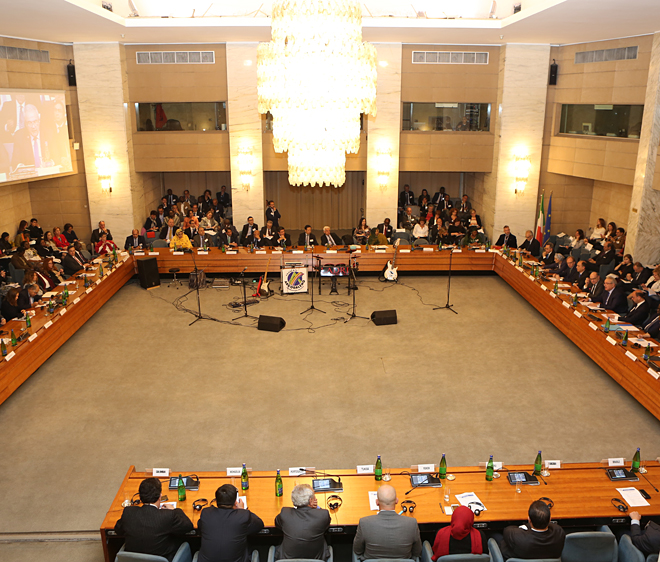