• Can the Renaissance bring destruction? If it’s the name of a dam, it could do. Under construction since 2011, the Grand Ethiopian Renaissance Dam is considered the biggest dam ever built in Africa up to now. Project and financing are Ethiopian, implemented with Italian know-how... a giant costing 4.2 billion dollars producing 6.5 GW of power, harnessing the Nile to bring energy to millions of Ethiopians, above all in the capital, Addis Ababa. The project is welcomed by neighbouring Sudan, as the regulation of water flow will facilitate irrigation for agricultural projects in the Nile’s Sudanese section. “It will provide great support for Sudan’s agriculture", explains Osama Daoud Abdellatif, owner of Dal Group, a large agricultural company based in Khartoum.

But for Egypt the situation is critical. "No one can change our country’s water quota," declared Egyptian President Abdel Fattah el-Sisi recently. “We support the development plans of our friends and brothers in Ethiopia, but we have to protect our national security, and water is a matter of national security. Full stop.” No space for discussion. A few weeks later, Egypt’s generals promptly presented their military plans should their country’s water management demands not be respected, as it initiated major diplomatic pressure on the states upstream. At the end of January, Sudan recalled its ambassadors from Egypt and warned Cairo to withdraw its threat of deploying troops on the eastern border of the country. In March, the tension was reduced a little, after a meeting of the three presidents of Ethiopia, Egypt and Sudan in Khartoum, with a ague declaration of intentions regarding the search for a peaceful solution.

Egypt is in a delicate situation. «The country’s water supply was fragile long before the building of the Renaissance Dam», explains Michele Dunne, director of Middle Eastern research of the Carnegie Endowment for International Peace. 85 percent of the water for Egypt’s agriculture comes from the Nile. An analysis of future climate scenarios reveals that even without the Renaissance Dam, Egypt’s water security could worsen substantially by 2025. So we can understand the Al-Sisi government’s concern about the uncertainty caused by the dam and the potential strategic and political weight it can assume in the event of an international escalation. Mohamed Abdel Aty, Egyptian minister for natural resources, fears that "a minimum reduction in the Nile's waters, even by just 2 percent, would mean our agriculture losing at least 83,000 hectares of fertile land." Ethiopia is playing down the situation by explaining that the dam will be used to produce electricity, not to draw off water.

A similar situation is happening along the Mekong River, which crosses six nations, and where thirty-nine dams are planned be built in the next fifteen years, some already at an advanced stage of construction. For months, Vietnam has been carrying out a diplomatic offense to make the other coastal states build the dams in a sustainable way, sharing a common strategy, which should be established by the Mekong River Commission, the body set up to study and manage the inter-national use of the river's water. However, the commission’s president, Pham Tuam Pham, admits that this body has a study and research mission, not a political one. According to Rémy Kinna, a Transboundary Water Law Global Consulting analyst, "to date, Vietnam is the only area state to have ratified the United Nations River Basin Convention, a global legal mechanism to facilitate management of cross-border rivers and lakes in a fair and sustainable manner”... a sign of low interest from other states, Laos and China especially. The Cambodian president Hun Sen, during the recent meeting of 4 April of the Mekong River Commission, tried to "calm the waters", announcing a new phase of more shared and more sustainable river management. But for the moment Vietnam, which fears a reduction in fishing and water volume in the delta, remains skeptical. "We need concrete action quickly - declared Vietnamese Prime Minister Nguyen Xuan Phuc - Mekong water resources are worsening in quality and quantity."

So, are we faced with a new series of water-related conflicts? 276 transnational lakes and basins in the world are today shared by two or more countries. This affects a total of 150 states, involving half the planet’s surface water, and 60% of its fresh water. In addition, roughly 40% of the world’s population lives near rivers and in drainage basins that belong to two or more countries, with two billion people sharing about 300 cross-border underground aquifer systems. From 1948 up to 2017, the United Nations recorded 37 political incidents that led to open conflicts related to water. In the same period, 295 multilateral international agreements on specific water management issues were signed, ensuring peace and collaboration.

Valid tools for diplomatic resource management exist. There are currently two: the UN Water Convention and its Convention on the Law of the Non-Navigational Uses of International Watercourses. The Water Convention has a regulatory structure based on three pillars: the obligation not to damage other countries and to prevent, control and reduce the significance of cross-border problems; the principle of reasonable water use; and the principle of cooperation. To prevent, control and reduce the threat of possible divergences between neighbouring countries, the Convention calls for the use of "all appropriate measures", including the development of shared technology and infrastructures via appropriate bilateral and multilateral treaties between the countries involved. But will this be enough to stop the water-wars of the future and achieve a global blue peace? 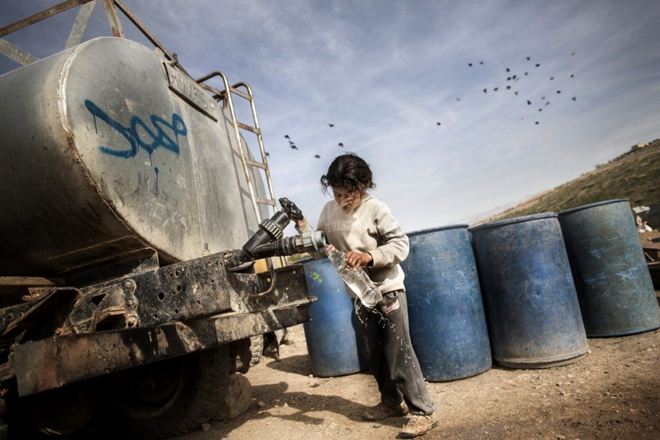 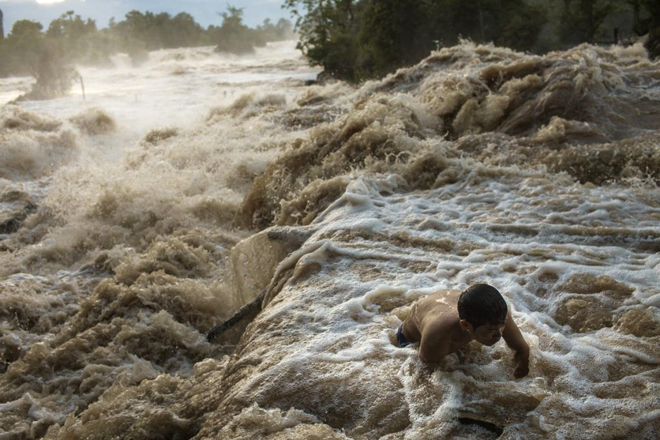 The Khone Falls in Laos, a protected area for the Irrawaddy dolphin, are threatened by the Don Sahong dam - photo: Thomas Cristofoletti 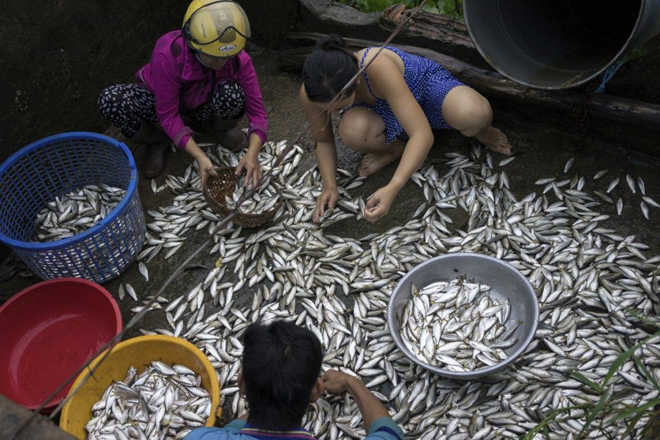 Vietnam, food security in the Mekong region is at risk - photo: Thomas Cristofoletti