At the distance of 11° 15' east of the Greenwich meridian runs the prime meridian of Peters' map, the projection of the globe which represents the dimensions of each country in direct proportion to their area. This meridian – the longitudinal axis of a map that fairly reflects the actual size of all countries – runs exactly through the city of Florence, which is why it is also called "Florence Meridian".

Peters' map is highly original in the way that it offers a vision of the world which differs from the one we are used to: necessarily imperfect, but accurate in highlighting aspects that are missing in conventional maps, and in paying particular attention to the relevance of places and peoples situated in the tropical zone.

Inspired by a similar search for different and possible points of view, the Italian Agency for Development Cooperation and the Florence Festival of Peoples (FDP – www.festivaldeipopoli.org) are proud to present “meridiano ZERO”, a film gallery dedicated to countries and peoples the Italian Cooperation is connected to. The gallery be presented during the 58th edition of the Festival dei Popoli, in Florence, from 10 to 17 October 2017.

This initiative is part of a process conceived by the Agency for involving the civil society and drawing the public attention to the first National Conference on development cooperation, scheduled in the Spring 2018.

The programme of the "meridiano Zero" gallery will be built on a selection of videos which will be chosen via a public invitation, according to the following directions. 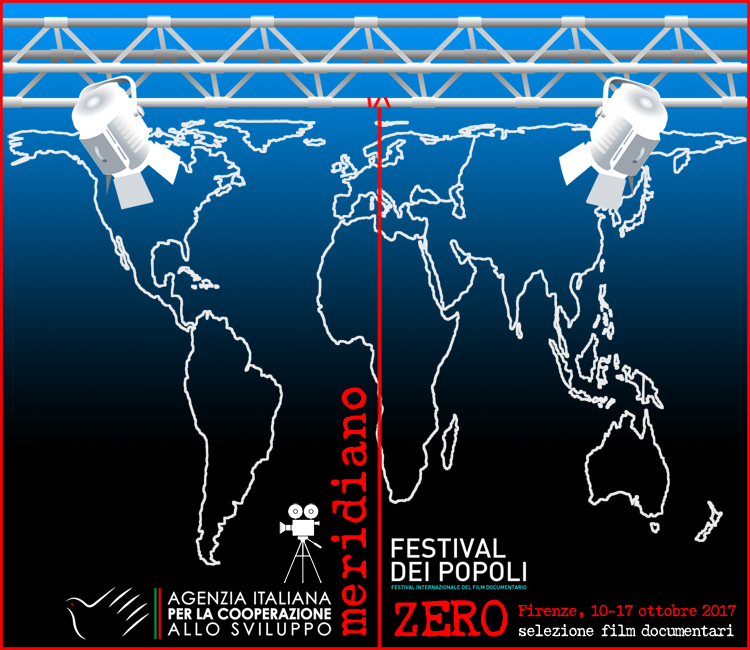