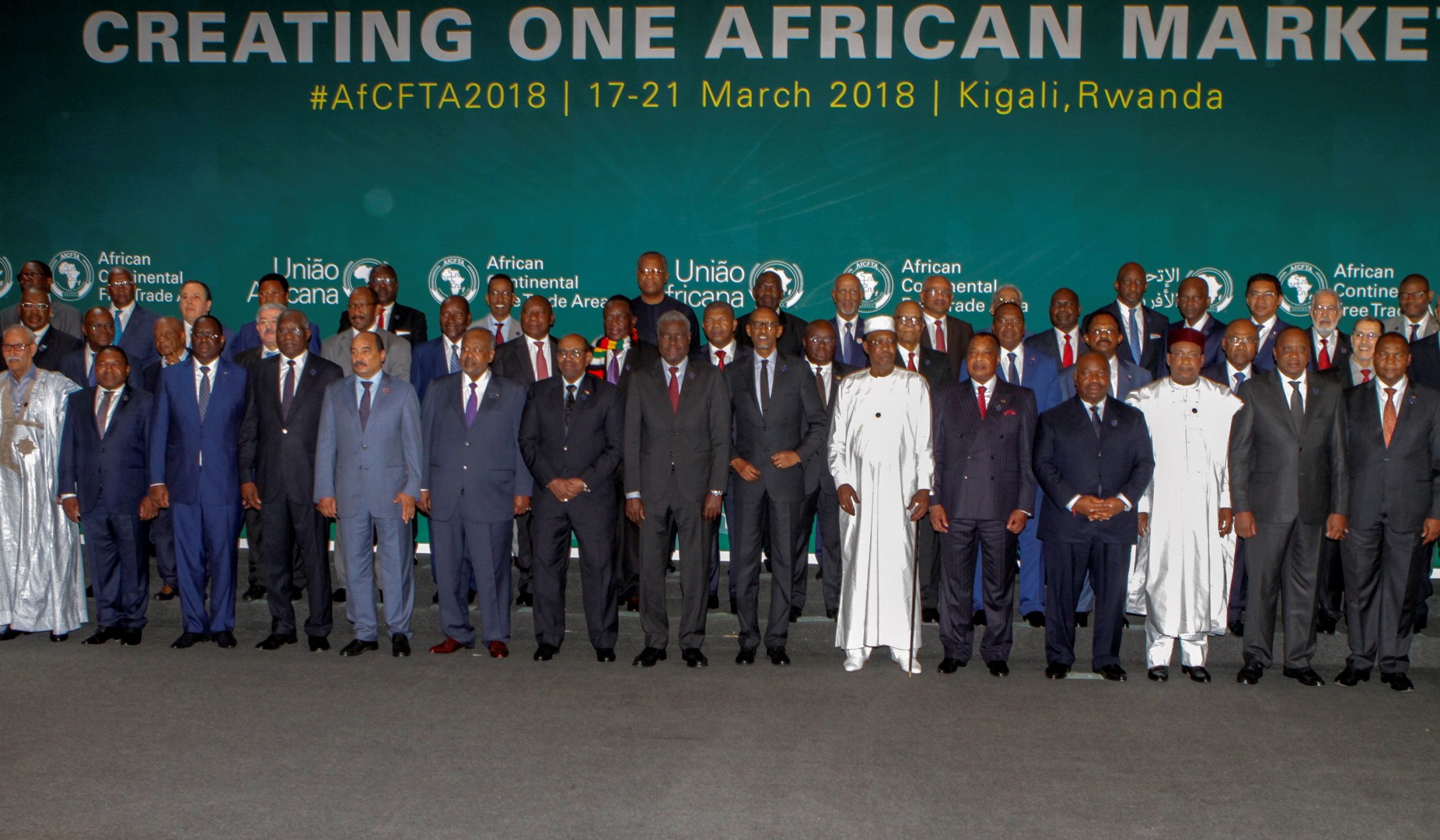 The African Continental Free Trade Area (AfcFTA), which entered into force last January, opens a new chapter that can transform Africa and give substance to the dream of Pan-Africanism, remained on the shelf of the post-independence phase.

The news of the beginning of this year in Africa was the entry into force of the African Continental Free Trade Area (AfcFTA). All African countries except Eritrea belong to this free trade area. The agreement opens up the possibility of free circulation of people and goods from one country to another in the African continent. Basically, what happened with the European Union is happening in Africa. The difference is that Africa is a continent with a population of over a billion people, which will rise to three billion in a few decades.

The free trade agreement will favour African internal trade, which today accounts for only 8 per cent on average. This means that only 8 per cent of an African country exports go to another African country, as the infrastructure and the cold chain are missing but also due to tariff barriers. The latter will come down with the AfcFTA. Therefore, the possibility to move freely combined with the development of the infrastructure will change everything, although it will take some time before good intentions are transformed into concrete facts.

A World Bank report published last July and entitled ‘The African Continental Free Trade Area, economic and distributional effects’ emphasises how AfcFTA has the potential to lift millions of people out of poverty and to provide a valid protection against the negative effects of COVID-19. According to the report, the agreement, if fully implemented, could increase continental income by 7 per cent, i.e. 450 billion dollars, accelerate wage growth for women and lift 30 million people out of extreme poverty by 2035. These goals are reachable as well as inextricably linked to the take up of intra-African trade, now practically marginal in the balances of any African country.

The basic idea that animates the free trade area is to lay the foundations for African countries to create added value, i.e. to work raw materials in which they are rich and to build, for example, processing plants for agricultural products. All this will lead to greater prosperity and create millions of jobs. The free trade area has the power to trigger this process. However, this is a long process, which will not be over in a short time and will have to be accompanied by infrastructure and implementation of what exists only on paper. 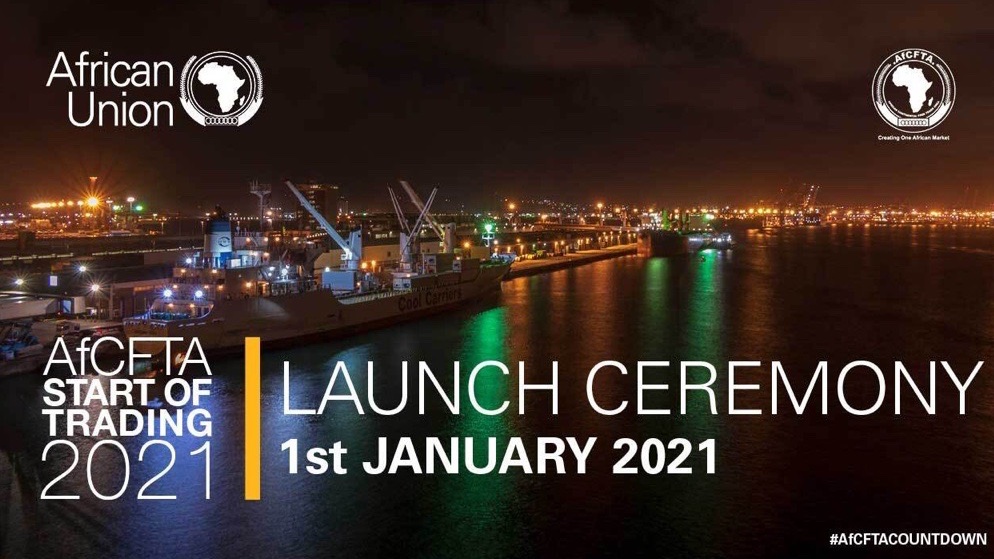 There was debate, as well as perplexity and criticism, especially in the preliminary and discussion phases. At the same time, it must be said that the project was launched with enthusiasm. An editorial by Rabah Arezki and Adeleke Salami, respectively Vice President and Principal Macroeconomist of the African Development Bank (AfDB), underlined that the pandemic is somehow obliging to accelerate a series of already planned operations. ‘Africa—wrote the two representatives of the main African financial institution—must diversify its trade exports away from natural resources and commodities, which are vulnerable to price fluctuations, and toward processed and value-added products. Africa must also diversify its trading partners to enhance resilience against demand shocks from commodity importing countries. To this end, the African Continental Free Trade Agreement has begun reducing trade barriers between African countries and helped increase the value of intracontinental trade’. In other words, with this Agreement, Africa becomes more autonomous and independent from the rest of the world, begins to produce for itself, frees itself from the risk of being a mere exporter of raw materials and a large importer of finished products.

For Moono Mupotola, AfDB’s Director for Regional Integration, we are facing a historic phase, a milestone on the road to African unity. ‘The AfcFTA creates an African single market for three billion people, looking at the demographic projections, and a GDP of about 3,400 trillion dollars’, underlines Mupotola in an interview with the monthly magazine Africa e Affari. ‘What is more important—adds Mupotola—is that this free trade area goes beyond the traditional concept of free trade area, as it aims at focusing on the cross-border movement of goods, people and investments and favour the creation of greater connectivity across the continent. What begins this year is a journey’.

A journey that looks to the future: ‘We will develop two pivotal concepts in the upcoming years. The first is the creation of value chains at regional level: for now, we produce at most intermediate goods which are then sent to other areas of the world, whereas these will have to be finished in Africa. The second line of action is the abolition of non-tariff barriers, the real obstacle to African internal trade. We calculated that, only by removing this item, intra-African trade would increase by 50 per cent’.

Leaving the numbers aside, Jean-Léonard Touadi, president of the Centre for Relations with Africa of the Italian Geographic Society explained the developments that perhaps, on this side of the Mediterranean, are barely perceived but will have great consequences: ‘The AfcFTA—wrote Touadi in a short article published again by Africa e Affari—is an essential pillar of the new pragmatic Pan-Africanism that builds extensively on the challenge of the things to be achieved in the great building site of the search for an African path to globalisation’. Among the projects to be carried out, Touadi mentions the creation of a common currency, transcontinental infrastructure, greater autonomy of intervention in conflicts and a common market able to intensify the small intra-African trade. Indeed, for many African experts, the single market is the key to the economic recovery of the continent after the COVID-19 crisis. ‘The AfcFTA is not a dream—concluded Touadi—but a gigantic building site that puts pan-Africanism on the track of concreteness and political courage that gives substance to the dream’.