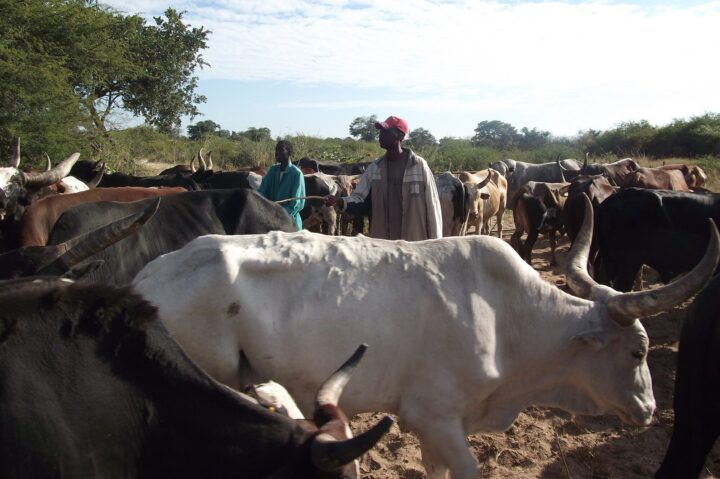 Its name is ERFAN and it is the network promoted by the Istituto Zooprofilattico Sperimentale dell’Abruzzo e del Molise (Experimental Zooprophylactic Institute for Abruzzo and Molise) that brings together Italian and African experts with the aim of promoting the concept of One Health: human and animal health are interdependent and linked to the health of ecosystems.

Ebola and COVID-19, just to mention two recent cases, have reminded us of this. Diseases can be transmitted from animals to humans (and vice versa), and in these cases they find plenty of space to develop because they are not recognised by the immune systems. It takes time before our organism can put up an organised resistance when faced with a new strain. Nowadays, the time needed has been reduced due to vaccines—a very pivotal topic in times of pandemic. In the past, it took decades if not entire generations as well as a cynical natural selection before the disease entered the set of those to be faced in the course of one’s life. A term that Ebola and COVID-19 helped make “popular” is zoonosis, which is the word to indicate the passage of a disease from an animal to a human being.

On the contrary, a concept still to be improved in terms of communication, which appears to be essential, is that of One health. Created in the early 2000s, the concept of One health, as underlined by the Istituto Zooprofilattico Sperimentale per l’Abruzzo e il Molise (IZSAM), contains what the previous century has always known: “Human and animal health are interdependent and linked to the health of ecosystems in which they exist. 60% of the pathogens that cause human disease come from pets or wildlife. 75% of emerging human pathogens are of animal origin. 80% of the pathogens that cause concern for bioterrorism originate in animals.”

This means that, if we take care of human health without simultaneously taking care of animal health or that of the environment in which animals and human beings interact, we address the issue of human health only in part. It is evident that, if we live better today, this is also due to the controls along the entire human food chain. This effort must also concern cooperation: it suffices to think, and this takes us to the beginning, of the ways of spread of COVID-19 and Ebola. Unfortunately, as we write, news is coming in of a new outbreak of Ebola in Guinea and in the Democratic Republic of the Congo. In Guinea, eight years ago, the first outbreak of Ebola virus infections was registered, which triggered the first terrible epidemic in West Africa and soon spread to ten countries in the region, in particular Sierra Leone and Liberia, with 11,300 victims between 2013 and 2016. Ebola virus develops a zoonosis because it can be transmitted from the fruit bat, a healthy carrier in nature, to human beings by direct contact with this animal (for example through a bite) or with other animals, usually game, infected by the same bat.

With the aim of creating an international alliance, IZSAM promoted ERFAN (Enhancing Research for Africa Network), an international network that involves 17 countries and 32 scientific institutions: in addition to Italy, with its 5 experimental zooprophylactic institutes, 8 African countries of the Southern African Development Community (SADC) area, 5 Maghreb countries, Senegal, Egypt and Sudan are members of this network.

“The concept of One Health—explains to Oltremare Nicola d’Alterio, General Director of IZSAM—represents the core of this network, around which five out of seven working groups act. ERFAN’s main objective is to stimulate education and research at regional level in the fields of animal and human health, food safety, animal welfare and environmental protection, with a view to global public health. ERFAN identifies risks for human and animal health as well as priorities, such as zoonotic diseases (brucellosis, anthrax, bovine tuberculosis) and food-borne diseases”. ERFAN’s work is in some ways revolutionary, since it paved a way: in an era marked by the pandemic this is more relevant than ever.

ERFAN partners consider it crucial to understand the connections between biodiversity, ecosystems and infectious diseases. By entering the mechanisms of this structure, which works closely with the World Organisation for Animal Health (OIE) and FAO, also sharing projects with the Italian Agency for Development Cooperation (AICS), an example of a mode of action comes from the working group on vector-borne diseases such as Rift Valley fever, which studies the disease, the health of ecosystem and the climate change. Italian, African and international researchers and experts work together, share data, identify problems and propose solutions.

Another example is the working group on brucellosis, a disease that the World Health Organization (WHO) put in the category of neglected diseases, stressing the need to spread information on the presence and distribution of brucellosis around the world. “For this reason—adds d’Alterio—knowledge of the real impact of the disease on human populations, wildlife and livestock in African countries is essential to control the disease and organise timely responses to outbreaks and epidemics”. As a matter of fact, the focus on human and animal health in Africa is mainly paid to human diseases such as tuberculosis, malaria and HIV. On the contrary, the socio-economic impact of fatal and devastating animal infectious diseases on livestock and consequently on human health is overlooked. Feeding a growing population in developing Countries with safe and quality animal protein is a significant challenge.

ERFAN aims precisely to strengthen the instrumental capabilities to conduct regional studies on zoonotic diseases, which therefore have a significant impact on human health. Italy is the silent protagonist.