The Italian Agency for Development Cooperation (AICS), through an initiative aimed at promoting the social and economic inclusion of people with disabilities, has granted dozens of Mozambicans the opportunity to access vocational training courses.

Social and economic inclusion is still an upward path in this Country. The instruments adopted by the government are little known and applied; moreover, against an evolution of the concept of disability, which wants an effective emancipation of people with disabilities so that they are protagonists of the processes that concern them, the policies in force are based on obsolete definitions, which imply a welfare approach by the institutions. Added to this is the fact that access to technologies, a precious tool for improving the daily life of people with disabilities (e.g. reading software for the blind), is still limited in Mozambique, regarding only 6.6 per cent of Mozambicans. 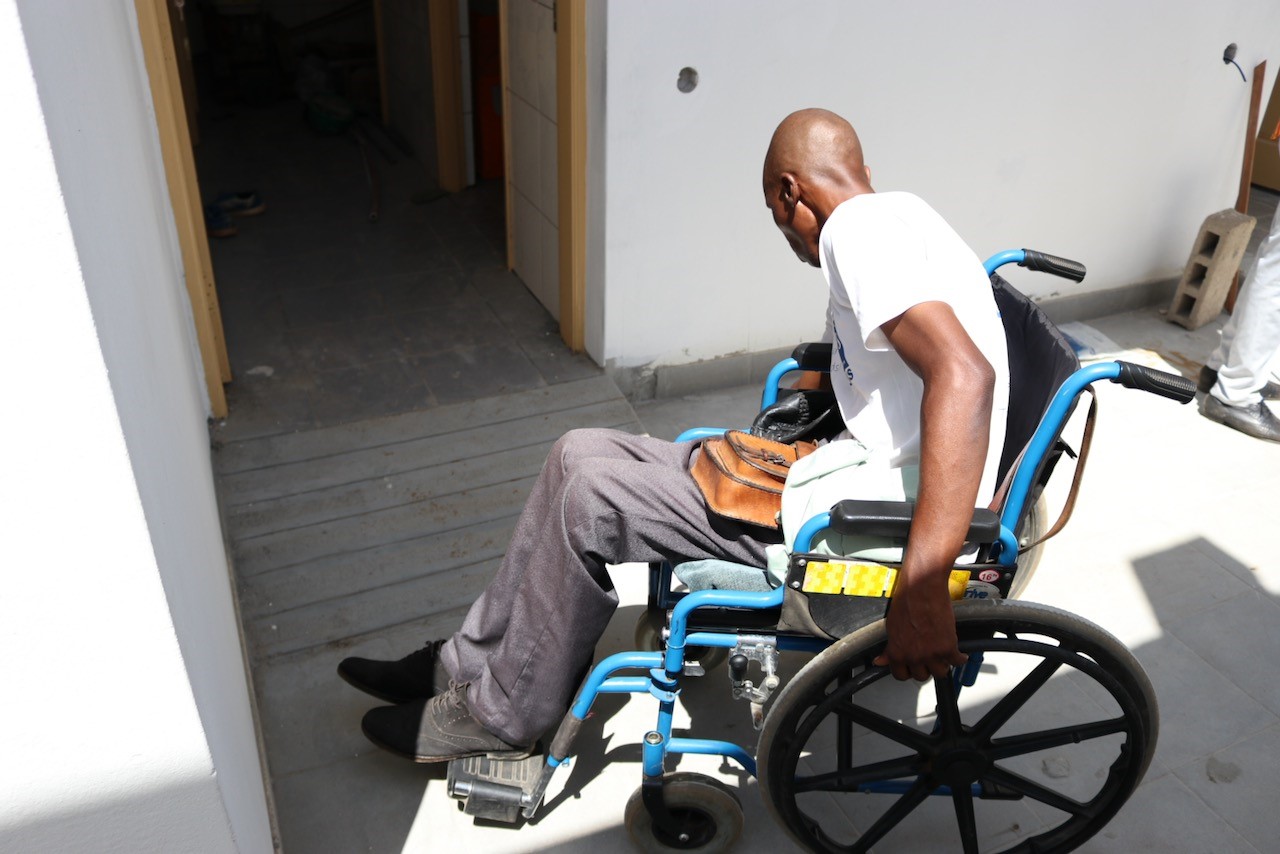 According to the latest census of 2017, out of 27.9 million inhabitants, disability affects 2.6 per cent of the population (although the associations of disabled people believe that this percentage does not reflect the current situation). The group at greatest risk of social and economic exclusion is represented by young people, who remain outside the training courses and consequently the labour market. The Vocational Training Centres (VTCs) of the Country are often unable to guarantee access to courses for boys and girls with disabilities: in many cases, the facilities are not suitable for students with physical disabilities and dedicated resources and staff are scarce. Given the difficulty in accessing training, young people living in this condition find it more difficult than others to enter the labour market: according to official data, between 2013 and 2015 46,200 jobs were created in Mozambique, of which just 1,576 were assigned to people with some kind of disability.

In this context, the Italian Agency for Development Cooperation (AICS) launched the project ‘PIN: Participatory paths for the economic inclusion of young people with disabilities in Mozambique’ in 2018. This initiative is carried out through the civil society organisations AIFO, ISCOS and Terre des Hommes, in partnership with the Forum of Mozambican Association for Disabled People (FAMOD). The Agency intends to invest in the scholastic and professional integration of young people with disabilities, by financing the infrastructure readjustment of the Country’s Vocational Training Centres and by accompanying young people with disabilities in their search for employment, also through digital technologies. Thus, the Training Centres of Malhazine (province of the capital Maputo), Beira and Pemba, the main cities of the Country, have been made more accessible according to the recommendations of the United Nations Convention on the Rights of Persons with Disabilities and the specific needs of each institute, assessed through an accessibility audit based on the DISC (Disability Inclusion Score Card) tool. The Centres have also been equipped with multimedia laboratories with accessible technologies and free and universal access points to broadband WI-FI systems, as well as offices for Inclusion, which will respond to the requests and needs of young students with disabilities. 120 students with disabilities received scholarships to attend vocational courses in various sectors (such as IT, Electronics, Secretary, Administration, Human Resource Management with IT and English) and more than 300 people received training on topics such as inclusive teaching methodologies, courses of Braille and Mozambican Sign Language, Emancipatory Research methodology and Information and Communication Technologies (ICT).

ICTs, intended as a tool to promote inclusion, have played a central role: among the activities carried out, we find an international conference organised in Maputo together with the National Institute for eGovernment of Mozambique, the Eduardo Mondlane University and the Metropolitan University of Oslo to raise awareness among institutions and the population on the issue of computer-assisted technologies, i.e. digital tools that make IT products accessible and usable to people with disabilities (among others, screen readers or braille keyboards for the blind, mouse pointers). Still on the issue of technologies for inclusion, a 72-hour hackathon (November 2019) was organised that involved dozens of young Mozambican innovators and developers. The goal is to offer digital solutions to facilitate the access of people with disabilities to vocational training and labour market. One of the two winning teams of the competition received a grant to develop the ‘Emprego Inclusivo’ (‘Inclusive Work’) App, which is currently being finalised: it is an inclusive platform that favours the matching of labour supply and demand, where people with disabilities can easily view open positions published by companies and submit their application. 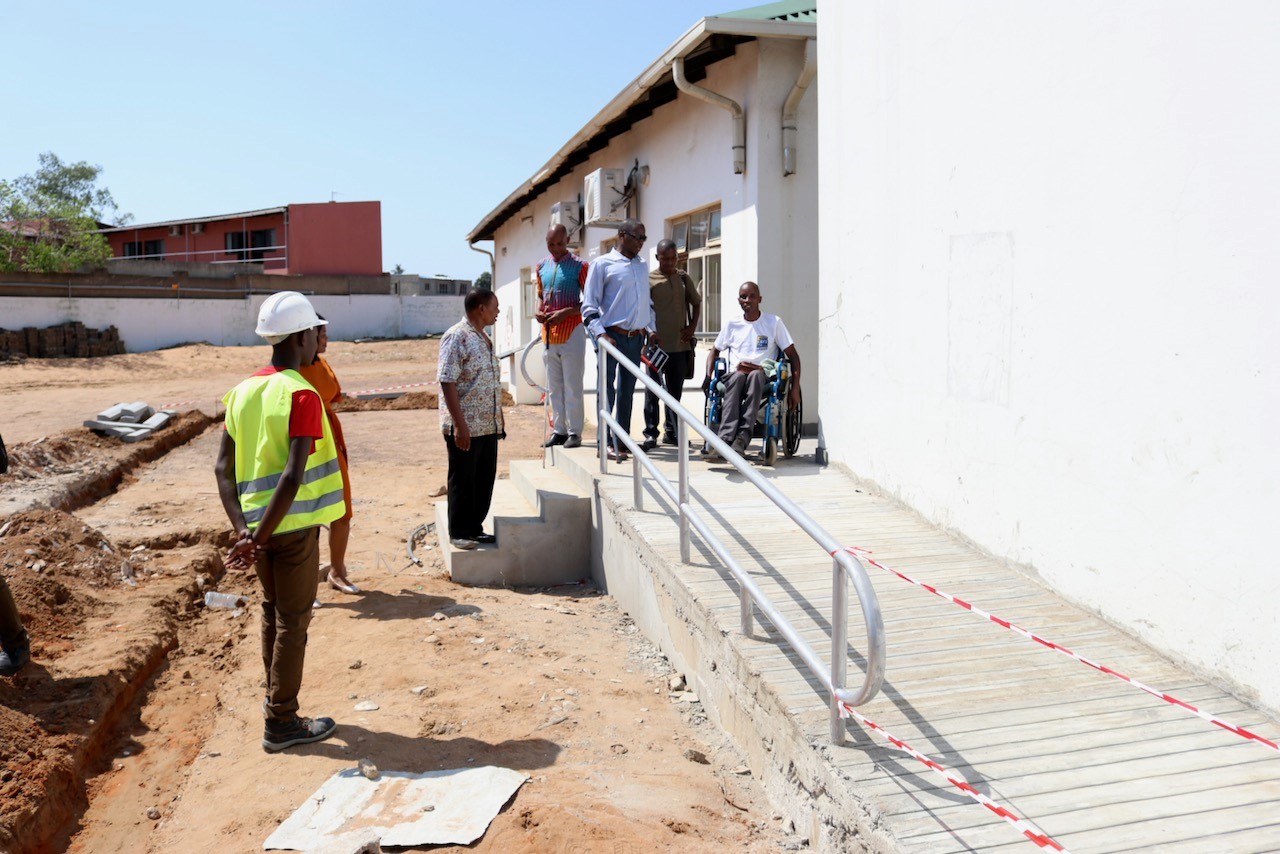 The active involvement of local organisations of people with disabilities, represented by FAMOD, has been continuous, in order to make people with disabilities protagonists of the decision-making processes that concern them: an approach summed up in the slogan ‘Nothing about us without us’, which, combined with capacity building actions and the use of computer-assisted technologies, can lead to real emancipation.