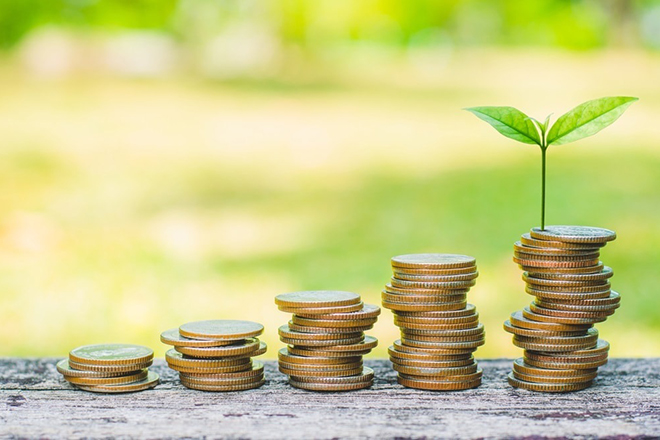 These are the new environmental, social and governance sustainability criteria for investments. Can they be an opportunity for developing economies? Performance monitoring, transparency, and authoritarian policies can undermine these investments

They are called Esg and are the environmental, social and governance criteria used in the economic/financial sphere to indicate all those activities linked to responsible investment that pursue the typical objectives of financial management but that take into account factors such as gender equity, CO2 emissions, inclusive decision-making processes, respect for human rights, environmental impacts, etc.

In the last three years, the financial world has made a radical 180° turn. Only a short time ago, investments looked mainly at multinationals with excellent balance sheets and financial performance, perhaps to the detriment of human rights or environmental impacts, with working conditions that were not always suitable for the well-being of the individual. Mere economic performances were what mattered.

Now social, environmental and governance performances are increasingly crucial. Let’s start with the numbers. According to an analysis by the European Central Bank (ECB) published in November, in the Eurozone, Esg fund assets increased by 170 percent in 2015. Over the same period, the value of green bonds in circulation in the Eurozone increased sevenfold. Households, insurance companies and pension funds hold more than 60 percent of the Eurozone’s Esg funds. This trend was also confirmed during 2020 when, in the face of market volatility caused by the pandemic, the total value of these assets held in the Eurozone rose to €197 billions.

A theme that, starting from Europe is beginning to take hold in many developing countries, especially in Asia and parts of Africa. Experts say these are high-impact markets where a small change can have major global consequences. Slowing deforestation in Brazil, reducing emissions in China, curbing poverty in India or finding a solution to water scarcity in Africa would have immense impacts. “Esg metrics are key when investing in developing countries, and if the next five years are to be the years of emerging and frontier markets, they will also be the years of Esg,” explains John Malloy, Emerging and Frontier Markets’ director at the financial management firm Rwc Partners. A number of factors have contributed to this increased interest in Esg investments, especially in Asia. Regulatory developments, stewardship codes, and ESG risk management guidelines have convinced many investors to look for companies that could meet these criteria, especially in sectors such as textiles and apparel, which has been trying to intervene in the ranks of subcontractors for years. Africa, on the other hand, has less appeal, as the political context, widespread corruption and interest in critical sectors that are difficult to monitor, such as mining, make it difficult to use these criteria.

“Emerging countries are mainly investment objects, rarely investors,” explains Francesco Bicciato, secretary general of the Forum for Sustainable Finance. “While they may have high returns they are exposed to higher geopolitical risks.” Moreover, monitoring the Esg criteria is complex. “For authoritarian countries like China, the S-variable, social, is extremely difficult to monitor,” Bicciato continues. “We don’t have regulatory tools, a taxonomy that applies even to the most vulnerable countries. There is a huge regulatory gap that needs to be filled.” Of course, the more serious investors conduct analyses in the companies they invest in to ensure that the criteria are also met in those states where environmental protection, transparency or human rights are not on the agenda. “They are, however, voluntary mechanisms. Compliance with the SDGs or the Global Compact, however, can be a good minimum basis”. But you have to trust the local business, which is often caught in the anvil of keeping production costs down while delivering the non-financial performance needed to meet sustainability criteria. That could change, though.
Pressure from European Union (EU) and U.S. investors investing in emerging markets does exert an important influence. Supporting the role of investigative journalism, third-party verification bodies, and NGOs involved in monitoring (from human rights in factories to corporate violations of environmental laws) can give a boost to these tools that could accelerate the achievement of the Sustainable Development Goals, even in low-income countries.

There are also those who argue that the Esg criteria are not suitable for investing in emerging economies or vulnerable countries. According to Giovanna Melandri, president of the Human Foundation and head of the Social Impact Agenda for Italy, speaking in Corriere della Sera, “Esg is a self-definition and often a negative one: I don’t pollute, I don’t exploit workers, I don’t generate negative impacts. While the challenge of impact investing is to have value generation as a goal,” says the former minister. This type of investment is mainly oriented by ethical drivers that reflect the investor’s convictions and have a considerable impact on the investment process, thus assigning considerable weight not only to the economic but also to the social aspect. In a nutshell, I invest in a company whose specific goal is to reduce emissions (“does good”) versus companies that emit less than others (“does less harm”). Moreover in this case the impact is part of the core mission of the company and therefore the higher the profits the higher the positive impacts. It is about investing in highly innovative companies that are looking for solutions for the future and therefore also less sensitive to the economic cycle.

At the moment, interest in the most vulnerable countries remains mainly for micro-credit and micro-finance projects, for the creation of cooperative systems. “There is too much redeeming and rhetorical use of sustainable finance intercepting development finance,” explains Francesco Petrelli, President of Oxfam Italy. “It seems that the private sector now suddenly can solve what has been disregarded by Aps’ international commitments. But if we look at the OECD data, the indicators show a reduced, marginal role for private finance”.

There is also a lack of research on the subject. “There is no analysis on sustainable finance on Africa, and still little on the topic of micro-credit,” Bicciato continues. “Instead, a role for multilateral cooperation should be noted, with the World Bank and the African Development Bank issuing impact bonds on the African continent.” On the subject of impact investment there is much to be done, given the great creativity of African and Latin-American social and green enterprises, as demonstrated by the liveliness of cities like Lagos or Medellìn. One thing is certain, the old finance and industry are in their twilight years. The question is how quickly the new dawn will rise.