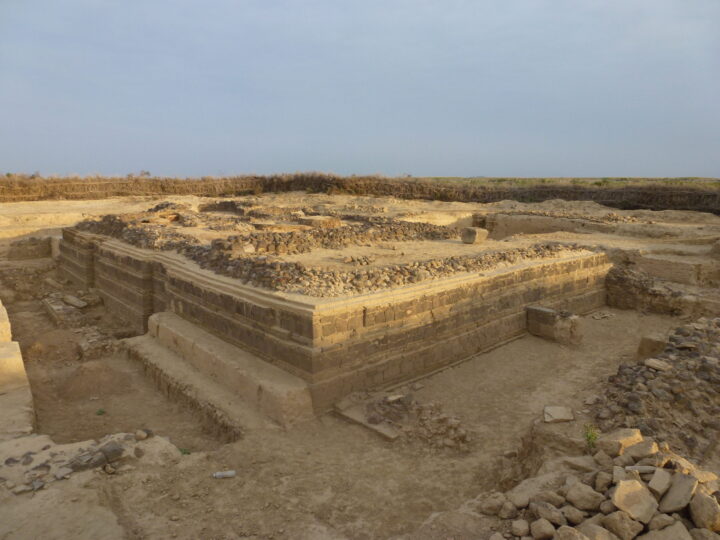 Recent news reopened a long-standing issue that may not be very well known from this side of the Mediterranean but that always sparks a particular interest in Nigeria. We are talking about the issue of the Benin Bronzes. Benin is the capital of Edo, one of the states included in the Federation of Nigeria, that is not to be confused with the near and homonym Republic of Benin. Such news date back to last April, and this time it seems that things are changing, in contrast to the promises that were never kept in the past. The University of Aberdeen in Scotland will return to Nigeria a Benin Bronze that has been in their museum collection since 1957, the year in which they acquired it through an auction. Neil Curtis, head of the university museums, stated that, as was shown by the revision of the collection, the bronze became part of the Scottish collection ‘in an extremely immoral way, so we have adopted a proactive approach in order to identify the wronged party and find a solution to this issue’.
The sculpture represents an Oba of Benin, that is both a king and a religious leader in the traditional culture of the Edo people. It was stolen by some British soldiers during the sack of Benin City, in modern Nigeria, in 1897. On that occasion, the British army stole thousands of cultural treasures including metal or ivory sculptures and carvings that today are held at museums and private collections around the world. There has been some talk about the return of the works during the last years. Many museums are studying the origin of the objects of Benin in their collections, and they are willing to cooperate with Nigeria in order to found the Edo Museum of West African Art in Benin City. The Bronze of Aberdeen should be the first to be returned. 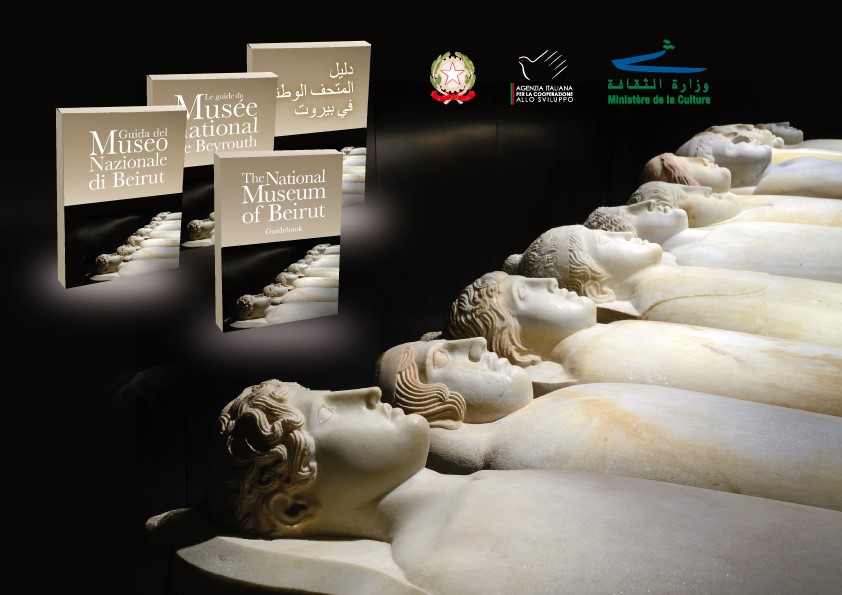 In this regard, Italy led the way by returning the obelisk of Axum to Ethiopia. This obelisk had been in Rome, in front of the current FAO headquarters, since the 1930s, and it was brought back to its original location in Ethiopia in 2008.
The issue of artistic and cultural heritage is of primary importance and has a double meaning in Africa: first of all, it represents the recovery of its own history, the affirmation of a past that the colonial and postcolonial period failed to erase; but it also represents a way to enhance the prosperity and the development of some sectors such as sustainable tourism, industrial design (textile industry), music production, video production and creativity in its broadest sense. This is also the opinion of Emilio Cabasino, who is responsible for heritage and cultural activities at the Italian Agency for Development and Cooperation (AICS). Cabasino, who is an archaeologist with a thirty-year experience at the Italian Ministry of Cultural Heritage and a point of contact with UNESCO, rubs it in: ‘It is not easy to identify the cultural heritage as a factor of development. Culture has not been identified as a priority sector, and it has not even been included in the international discussion on the Sustainable Development Goals (SDGs)’. Despite the campaigns led by UNESCO, the issue of culture is not included in a specific SDG, but it is transversal. The question is: Why? According to Cabasino, culture and development unfortunately are not an obvious binomial, despite what occurs in other more ‘measurable’ fields of cooperation, such as healthcare or agriculture. Nevertheless, according to the technical officer of AICS, this binomial could gain in importance thanks to the existing international conventions: the UNESCO convention on the world heritage in 1972, that on the intangible cultural heritage in 2003, and finally that on the protection and promotion of the diversity of cultural expressions in 2005. Not to mention the reference documents adopted by the European Union. 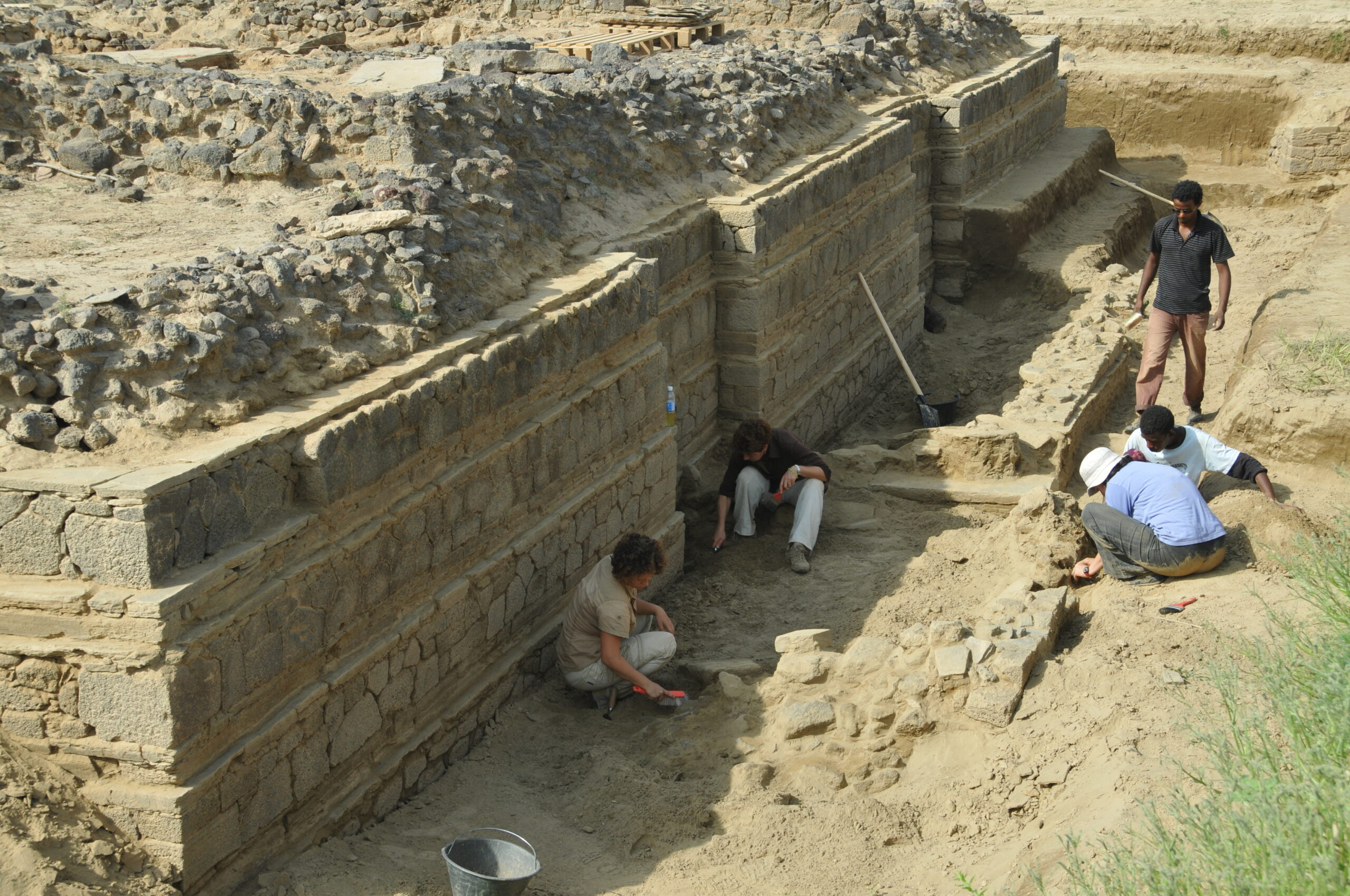 In this sense, Italy is doing a lot by putting to good use its natural expertise resulting from the cultural, archaeological, and architectural richness of the Peninsula. In this regard, universities, NGOs, enterprises, professionals and Italian institutions have taken action in the countries targeted by the Cooperation, by operating in seven sectors: restoration works; creation of facilities for the fruition of archaeological sites and museums; technical assistance for public facilities; training of specialised technicians; actions following natural disasters and wars (as for the museum of Baghdad in Iraq); assistance for the registration of the sites in the UNESCO list; restoration of historical urban areas (such as Agadez in Niger); cultural animation that involves the challenge to favour sustainable tourism, handcraft, creative and cultural industry.
Now, the remarkable effort of Italy may not appear in its real size in the Italian media and in the perception of the Italian public opinion but, on the contrary, it is enhanced by the local realities where Italy operates and interacts. ‘This is due to the fact that’, continues Cabasino, ‘everything is done in the name of cooperation with local institutions. This contributes to retrieve pieces of history and identity, and it favours development and employment’. There is no shortage of examples. AICS promoted an exchange between the city of Matera and the Afghan city of Bamiyan that hosts the well-known Buddhas destroyed by the Taliban. Both cities are listed among the World Heritage Sites of UNESCO, and they are characterised by similar historical and rocky environments and by similar needs of conservation, restoration and promotion of their heritage. Italy contributed to the restoration of the National Museum of Beirut, in Lebanon; it led projects to mitigate the risk of collapse in the site of Petra, in Jordan, but it also contributed to the creation of a Restoration Institute. A similar action has also been taken in Bolivia, where the technical assistance to the government should lead to the institution of a restoration centre in La Paz.
The list is long (we could also cite the recent examples of Cuba and Myanmar), but the common thread is to contribute to the restoration of history and culture as factors of social and economic development. The benefits for the beneficiaries of these projects may be evident while the effects on the external perception of these places are less evident but not less important, even in terms of breaking down harmful stereotypes. Africa gives us more examples in this regard, since there is a tendency to deny the history preceding colonialism: an absurd denial, if we consider that the African continent was the cradle of humankind, the place where humankind took the first steps. A history that strongly emerges in Adulis, Eritrea, a symbolic and suggestive place where the Italian Cooperation operates through the Polytechnic University of Milan for a project (called Vitae) launched in November 2020, following a path initiated by the Centro di Ricerca sul Deserto Orientale (Eastern Desert Research Centre) in 2011.
The Vitae project, as told by its promoters, ‘aims at building the first sustainable national archaeological park in partnership with Eritrean authorities in Adulis, in Sub-Saharan Africa. Once completed, the project will contribute not only to developing tourism in this area, but also to promoting awareness and expertise in the fight against drought and soil depletion’. This action will also retrieve ancient knowledge, since the inhabitants of Adulis, mainly known for trade, also created remarkable hydraulic works.