There are almost one billion people in the world with disabilities, and they represent roughly 15% of the planet’s population. It is estimated that 80% live in developing countries, where the condition of disability is often associated to poverty, exclusion and discrimination, with painful consequences in social, economic and cultural terms. In contexts of conflict or natural calamity, people with disabilities are the first to suffer dire consequences. It is also estimated that, among those who live in poverty, one in five suffers from some kind of disability.

Italy is internationally recognised as a prominent player with regard to disability policies. In November 2010 the Italian Cooperation approved its Guidelines on Disability, drawn up on the basis of the Convention on the Rights of Persons with Disabilities (CRPD) adopted by the UN General Assembly in 2006 and ratified by Italy.

The approval of the Convention, ratified by over 150 nations and by the European Union, has marked an international standard by protecting the rights of the people with disabilities, and by setting a framework for international cooperation policies. Article 32 of the Convention, for example, promotes partnerships between institutions and civil society organizations, while article 11 focuses on the protection of persons with disabilities in contexts of emergency.

The European Disability Strategy 2010-2020 also deals with disability in the framework of the EU external relations, calling for adequate attention to people with disabilities in bilateral agreements and in development and emergency programs.

In this scenario, in 2013 the Italian Cooperation adopted its Disability Action Plan, which was included in the “Italian Government Action Programme on Disability”. The Action Plan establishes the principle of including disability in every phase of development policies and practices, and it illustrates several actions aimed at promoting equal opportunities for people with disabilities. This document is the result of an inclusive process which involved many central and local institutions, along with the academic world, NGOs, private companies and research centres.

The Action Plan draws upon the collaboration with the civil society through the MAECI-AICS-RIDS working group, where RIDS stands for the Italian Network for Disabilities and Development. 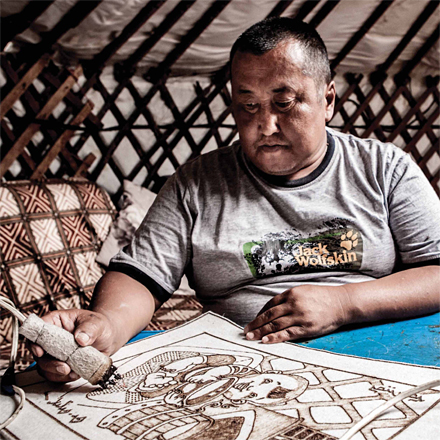 The Plan of action on disability comprises five pillars, each including actions related to

• Inclusive Policies and Services for Equal Rights of persons with Disabilities

• Inclusive education for persons with disabilities and international cooperation (2015) - ENG

• Proceedings of the international conference "Including Disability in Development Cooperation: Experiences of collaboration between Governments, NGOs and DPOs" (Rome, 18 November 2015) - ZIP

• Disability and Development: How to include persons with disabilities in development cooperation (2015) - ENG